Since completing his Law Degree at Loyola Law School, Ken has been advocating on behalf of those who lack the ability to properly advocate for themselves.  An experienced trial lawyer with millions in settlements, Ken approaches each case with the perspective that everyone who has been wronged deserves to have someone fighting on their behalf.

Ken’s integrity and quality of work product is at such a level that attorneys and insurance adjusters who were previously on the other side of the table from him have since referred him cases.  Ken’s dedication to his clients and his track record led to his selection as a Super Lawyers Rising Star.

Ken lives in the San Fernando Valley with his wife and two kids.

Ken's passion for justice started young. Advocating for those who cannot best advocate for themselves is a driving force in his practice. 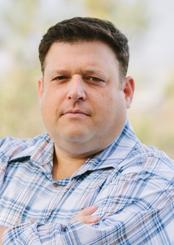 SUPPORTING THE ONES WHO WORK